Muslims ‘will get protection they deserve’ after Birmingham mosque attacks 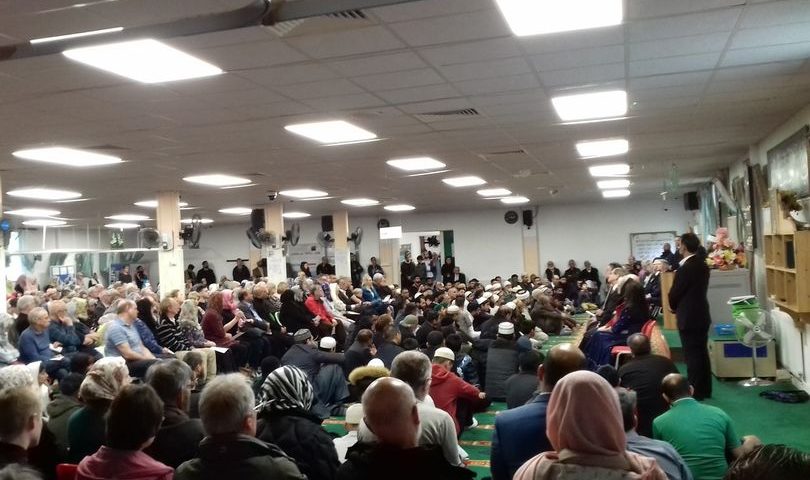 More than one thousand people poured into Woking’s Shah Jahan Mosque on Saturday (March 23) in a show of unity following the Christchurch attack.

Christian, Muslim, and Jewish clergy from across Surrey offered prayers and affirmed the power of love during an hour-long interfaith vigil at Britain’s oldest purpose-built mosque.

“That’s our estimate, we couldn’t count because there was no space.”

Eight days after the murder of fifty worshippers at two mosques in New Zealand, the speakers prayed for the dead, wounded and bereaved, and acknowledged the difficulty of reconciling such atrocities with belief in an all-powerful, loving God.

Phil Simpson, interfaith advisor for the Diocese of Guildford, quoted Psalm 10: “Why O Lord do you stand far away?

“Why do you hide yourself in time of trouble?”

But Mr Simpson, along with the other religious speakers, affirmed his conviction that love would prevail.

Shaykh Naveed Arif agreed: “This evil ideology can only be combatted intellectually, and with love and compassion, for indeed, love always conquers all.”

The speakers were also unanimous in their defiance of the Christchurch murderer’s apparent attempt to sow division.